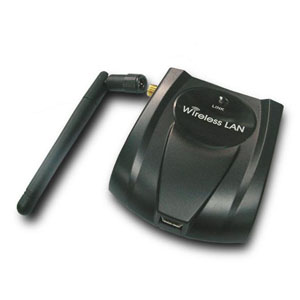 To finish up the other half of this short series on range-extending 802.11b/g USB adapters (hField's Wi-Fire was the first review), we have the EnGenius EUB-362 EXT (362). EnGenius is a wholly-owned subsidiary of Senao International - a well-known OEM/ODM of telecom and wireless LAN products that positions itself as "The Leader in Long Range Data Communications Systems". The "secret sauce" of its long-range performance generally involves using higher transmit power (200 mW and above) and upgradable antennas.

EnGenius' long range cordless phones are a familiar fixture in many "big box" stores and its WLAN products are perhaps more familar to corporate users since the company doesn't strongly pursue the retail WLAN market. But its products can be found online with a little Googling, primarily at smaller e-tailers.

There are no mounting features on the 362, so if you want to do anything other than let it sit on a table, you'll need to supply your own hook and loop tape or other improvised mounting system.

The adapter comes with a 2 dBi dipole antenna that is hinged and so can be positioned as needed. It connects via an RP-SMA connector and so can be replaced with a higher-gain antenna. There is also a single wireless Link / Activity LED on the top of the device. 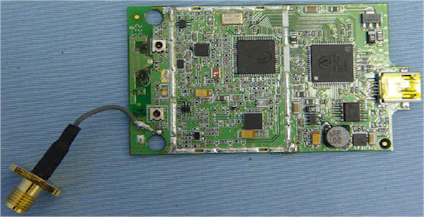