Now that the target computer has been set up, it's time to set up the notebooks that will scan for target WLANs and sniff traffic and run attacks to stimulate network traffic. First set your notebook to boot from its CD drive. It may be set this way by default, or you may have to change the boot order by changing BIOS settings.

Next, shut down the notebook, insert a wireless card and Auditor Security Collection CD into the notebook and turn it on. After you pick the appropriate screen resolution from the Auditor boot menu, it will install to RAM and you will be presented with the Auditor start screen (Figure 10). 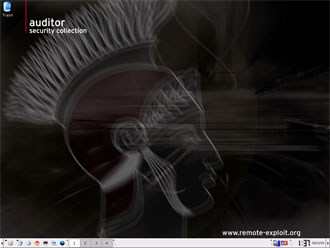 The two most important icons will be the Programs and Command Line icons, which are located at the bottom left side of the screen (Figure 11).

Before you do anything else, you must make sure that your wireless network card has been recognized and configured by Auditor. Click on the command line icon to open a command line window, then type iwconfig. Among the other information that Audior spews out, you should see wlan0, which is the designation that Auditor gives to PRISM-based cards. If your screen looks similar to Figure 12, then Auditor has correctly detected your wireless card. You can now close out of the command line screen. 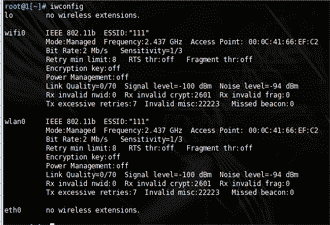 Figure 12: iwconfig to verify that the wireless card works
(click image to enlarge)

Repeat these same steps for your second notebook, then shut it down. You won't be needing it until Part 2, where you'll learn how to use it to stimulate WLAN traffic that will be captured by your first notebook.