My last mixed mode test pressed into service an oldie, but goodie for an 11b check - using an ORiNOCO Gold card to mix it up with the True MIMO WLAN. The results were different enough that I'll need four plots to tell the whole story.

Figure 22: Mixed SRX and 11b uplink - SRX first
(click on image to enlarge)

Figures 22 and 23 show that the 11b client suffers the most when both it and the True MIMO are running uplink, no matter which pair starts first. The interesting thing here is that despite the fact that the GX router's CTS Protection mode was set to its default of disable, the True MIMO pair obviously detected the ORiNOCO on the air and did its damnedest to share bandwidth. 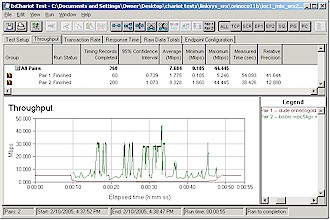 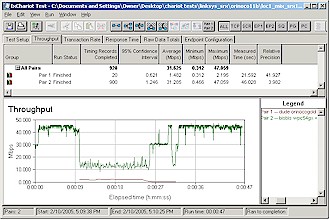 Figure 24: Mixed SRX and 11b downlink - SRX first
(click on image to enlarge) 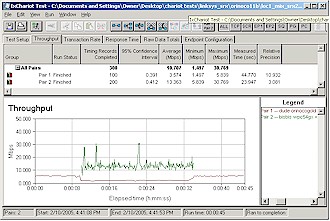 The surprising result of all my mixed STA testing is that the Broadcom 11g client fared the worst of the three flavors tested, even in the downlink direction.