Since the Belkin and Linksys products both use the same Airgo reference design, I don't think I'm sticking my neck out too far in saying that the GX's results should pretty much hold for the Belkin Pre-N. But for the skeptics among you, I ran a check of the Belkin Pre-N pair too (Figures 14 and 15). 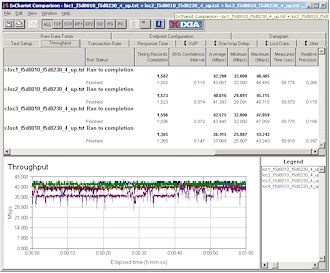 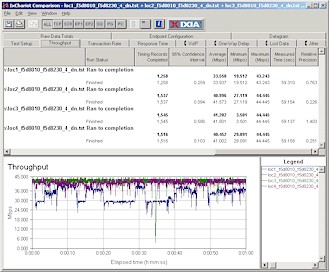 The Pre-N pair seems to have less throughput variation than the GX, but the lower Location 1 Downlink results are a bit of a puzzle. My guess here is that the range shifting could have been due to some sort of signal overload effect, perhaps due to manufacturing variation. There's also the possibility of more recent firmware in the GX, but the winihdd51.sys drivers were the same versions (1.4.0.97) for both the Belkin and Linksys cards and Belkin hasn't posted any firmware updates for its Pre-N router.

I also ran a Pre-N card with the SRX router and found it worked just fine. I didn't run an SRX card with Pre-N router, but wouldn't expect any problems with that combination either.

Before I move on to interoperability, here's a look at Security mode performance (Figure 16). 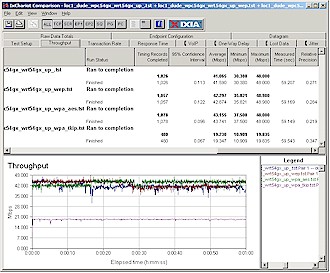 The results here are clear - when (not if) you enable security, make it WPA using AES encryption, or if you have to interoperate with clients that don't support WPA, 128 bit WEP. I would think by now that manufacturers have learned how to not take a hit in throughput for WPA / TKIP, but apparently Airgo hasn't.