Getting a view of the GX's innards took a little digging since Figure 1 shows what you see upon opening the case. 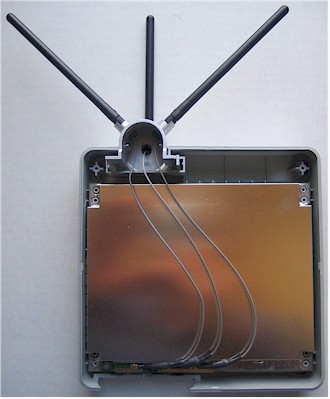 Figure 1: The WRT54GX is a tough nut to crack
(click on image to enlarge)

That metal shield you see covers both sides of the board and is soldered shut - something I don't mess with, since I do have to return this stuff. Since Linksys took the radio-only route for the GX' FCCID, those pictures didn't reveal the main board itself. But all signs in the FCC documents pointed to the GX and Belkin Pre-N being twins, and Belkin's FCC docs proved more fruitful and yielded the main board view shown in Figure 2. 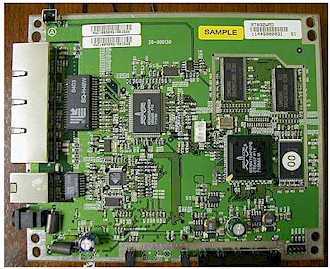 What we have here is a design based on the Broadcom BCM4704 processor, which is a suped-up version of the widely-used BCM4702. While I can't tell for sure due to the fuzzy PDF picture, that's probably a Broadcom BCM5325 5/6 Port 10/100 switch handling LAN switching duties and an Altima (Broadcom) AC101L 10/100 Ethernet Tranceiver for the WAN port.

You don't see the radio because it mounts on the underside of the board in a mini-PCI socket. But Figure 3 shows what the board looks like with its RF shield covers removed. 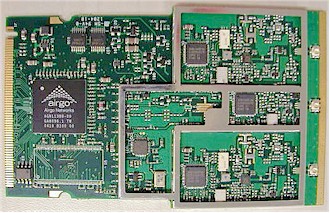 Note the large single baseband / MAC chip to the left that handles the three RF chips on the right.

One more shot (Figure 4) in case there's any doubt that the GX and Belkin Pre-N are hardware twins.