The last question I'll explore is whether draft 11n provides a performance advantage over legacy dual-band gear. I loaded a Netgear FWAG114 wireless router and WAG511 a/b/g cardbus card into the Azimuth to attempt to answer this question. Because this is SISO (Single Input, Single Output) gear, I used the ACE's simpler Bypass model and connected only one of the two antenna outputs on both card and router. (The second antenna is for diversity purposes, not another channel, so isn't needed for the test.)

Since the Netgear products are based on Atheros' Super AG / G technology, which also employs channel bonding for higher thoughput, I ran tests with the pair set to both "108 Mbps" (channel bonding) mode and straight 802.11a and 11g modes.

Figure 22 shows a 2.4 GHz band test that compares the Buffalo gear set to 40MHz mode vs. the Netgear set to "108 only" mode. The results show that the 11n gear delivers up to 4 times the speed of Super G, but fails to deliver the same range due to the Buffalo gear's inability to downshift out of channel bonding at lower signal levels. 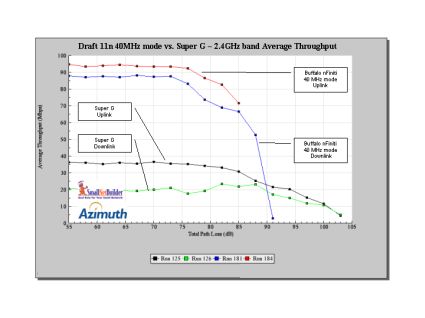 Figure 23 switches the comparison to the 5 GHz band, which shows similar results. 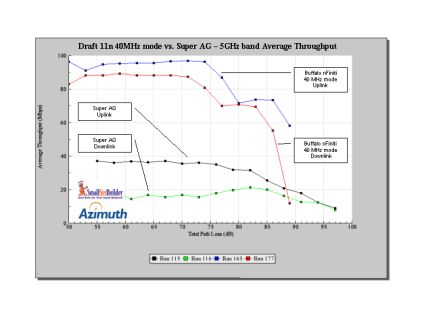 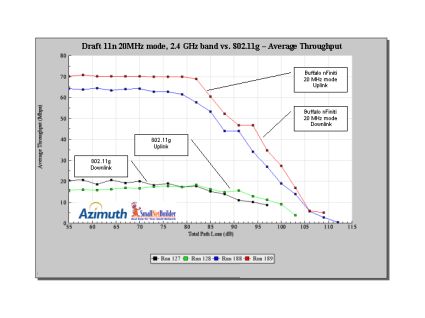 You don't sacrifice that much throughput by switching to 20 MHz mode, but gain "friendliness" with your 2.4 GHz neighbors and much improved range. 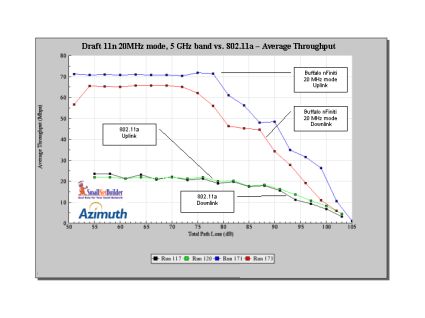