Minding the Overlap and Simulation

As with AirMagnet's other offerings, Surveyor has too many modes and features for me to cover in one review. But here are a few other features that you'll probably like to play with.

Surveyor can show you the overlap between APs (Figure 14), which is especially handy for adjusting AP spacing and/or power levels. 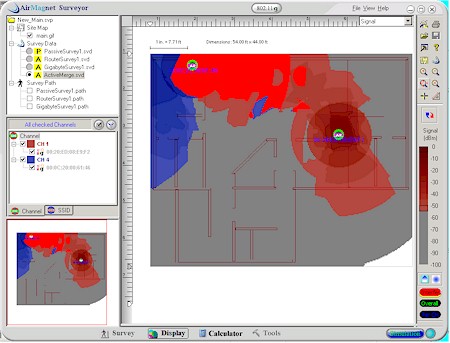 Figure 14: Cell overlap (Interference) view
(click on the image for a larger view)

To generate Figure 14, I used a merged file - another of Surveyor's features that allows combining the results of multiple surveys so that they can be viewed together - of active surveys taken while associated with each of the two APs in my test WLAN. I then adjusted the "range setter" to show only signals down to -55dBm, and clicked on the Interfere button at the bottom of the right-hand toolbar to highlight the APs' overlap in bright red.

So what would I have to do, you might ask, to eliminate the signal overlap between the two APs? That's where Surveyor's Simulation function can be helpful. Clicking on the Simulation button at the bottom of the Surveyor display brings up the Figure 15 window where you can tweak Channel, SSID and Simulation and original transmit power levels. 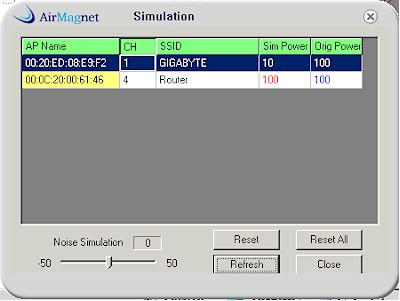 I tried various values and finally found that I had to reduce the Gigabyte AP's transmit power to one tenth of its original value in order to eliminate overlap with the weaker AP (Figure 16). 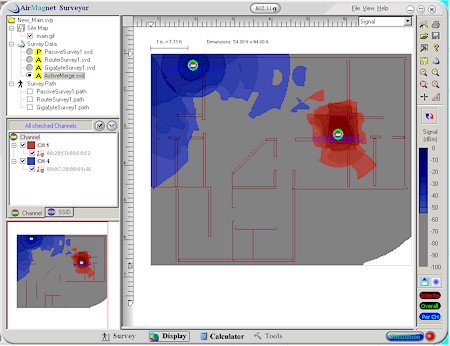 I suspect that there is more work to be done with this feature, since this seemed like too much of a change to achieve the desired effect. I also noticed that the close-in signal level for the Gigabyte AP read -20dBm both before and after the simulated power reduction was applied!

Playing with the Noise Simulation slider didn't seem to have much effect, and changing channels on one of the APs only changed its display color, leaving the overlap area unaffected. I also noticed that when I set both APs to the same channel, the Interference / overlap area disappeared. This isn't correct in my opinion, since signals from two APs are still overlapping, same channel or not.

As is the norm with AirMagnet's documentation, the User Guide is no help in figuring how best to use the Simulator, or any of Surveyor's features for that matter. All you get are helpful tips such as "Highlight the Sim Power and enter a value you want to use" as the sum total of all information for that control.

One thought on “AirMagnet Surveyor reviewed”